Simon Matts, the developer of EsoClassics, informs us of some new developments with this product:

EsoClassics is now available for Android too. It’s free! I’ve developed a new version with English texts: its name is EsoClassics Plus and you can find it in both Android Market and Apple App Store. There are a lot of books (more than 90!) and the job has been hard, so the app is priced US 0.99 or EUR 0.79.

Included among the more than 90 books, pamphlets, documents, conferences, letters, etc., are some of the most important authors in the history of esoteric sciences: Paracelsus, Alice Bailey, H.P. Blavatsky, H.C. Agrippa, Annie Besant and Charles Leadbeater, Eliphas Levi, Rudolf Steiner,...and so on! An effort that deserves much respect. This app is designed for both iPhone and iPad and can be downloaded here.

Posted by Jaigurudeva at 4:24 PM No comments:

Pitching the Sacred: Art and Spirituality


The Prague Summer Program for 2012, hosted by Western Michigan University and the Faculty of Arts, Charles University, Prague, has been announced. The theme will be “Pitching the Sacred: Art and Spirituality.”

From Swedenborg to Madame Blavatsky, over the past couple of centuries the fringe of secular western culture has had a spooky aspect. The disassociation of spirituality from organized religion proceeded from Romanticism and its Yankee cousin Transcendentalism, and was a defining feature of Modernism. “New Age” is not just Shirley Maclaine and ancient aliens. It permeates both “low” and “high” culture, and though in the former it is often silly, in the latter it often seems the very essence of what is vital in contemporary art. In this nineteenth year of the Prague Summer Program, we will consider the influence of Eastern thought and traditions on popular and serious culture alike, and how that influence is tinged with an idealization of “primitive” cultures, from pre-Christian European to pre-Columbian.

Courses will include Creative Writing, Literature and Jewish Studies, and Photography, and will run from June 30 to July 27, 2012 in Prague, Czech Republic. The program is be available here.

Posted by Jaigurudeva at 3:40 PM No comments:


Prof. Mark Bevir of the University of California, Berkeley, will be presenting a paper on “Theosophy, Cultural Nationalism, and Home Rule” at this year’s Annual Meeting of the American Political Science Association in Seattle, Washington, Sept. 1-4. He says:

This essay contains three sections. The first shows how western theosophists simplified and appropriated Indian thought, deploying it to resolve dilemmas confronting occult and other religious traditions. The second section explores how theosophical ideas then provided one inspiration for a tradition of cultural nationalism within India itself. Finally, the third section examines how this cultural nationalism transformed Congress in the years immediately surrounding Gandhi’s return from South Africa.

Bevir, who is Professor of Political History, looks at Blavatsky’s work as part of the response to the problems facing contemporary Christians. He advances the theory that “In defending Hinduism, theosophy idealized Indian culture and society,” and charts the rise and influence of Annie Besant in the Home Rule Movement.

The Péladan Project is a new website by Sasha Chaitow, a PhD candidate at EXESESO (Centre for the Academic Study of Western Esotericism) at the University of Exeter, England, based on the work for her PhD thesis on the life and work of the French novelist Joséphin Péladan (1858-1918). “The purpose of this website is to provide bibliographical data, a repository of all public domain works by (or related to) Joséphin Péladan, as well as a gallery of Symbolist artwork from the artists who exhibited in the Salons de Rose+Croix that Péladan organised between 1892-1897.”

Wherever art and esotericism overlap, Péladan’s influence may also be considered as a parallel, though more practically and socially oriented current, to Helena Blavatsky’s contemporary Theosophical Society (est. 1875 in New York, with further societies in Greece, London and Paris by the 1880s).  Peladan’s unique cosmology and synthesis of esoteric thought was influenced by his reading of Fabre d’Olivet, among numerous other contemporary occultists, and found fertile ground in the French occult revival inspired by Eliphas Levi (1810-1875) and his popularization of magic, Kabbalah and Tarot in England and France, while the artists belonging to the Salon d’Art Idéaliste founded 1896 by Jean Delville (1867-1953), the mirror of Péladan’s Salon in neighbouring Belgium, drew on the ideas of the Theosophists Helena Blavatsky (1831-1891) and Charles Webster Leadbeater (1854-1934), as well as Péladan’s work.

The rest of the piece, and further information about Péladan, can be accessed here.

Posted by Jaigurudeva at 7:32 PM No comments: 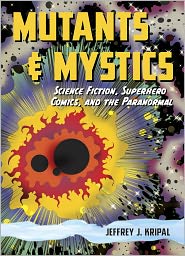 Posted by Hari Hamsa at 5:22 PM No comments:

Blavatsky and the Pineal Gland


The journal, Neurosurgery Clinics of North America, for July 2011 carries an interesting paper “On the Surgery of the Seat of the Soul: The Pineal Gland and the History of its Surgical Approaches” by O. Choudhry, G. Gupta and C. J. Prestigiacomo.

The pineal gland has been studied through philosophy and science for thousands of years. Its role in human physiology was not well understood until the scientific community first started to report on pineal pathology in the eighteenth century. Throughout the nineteenth and twentieth centuries, reports on pineal tumors and the emergence of comparative anatomy allowed more complete understanding of pineal function. Neurosurgical methods of treating pineal pathology first emerged in the early twentieth century. In the latter half of the twentieth century, the emergence of microsurgical technique allowed for excellent outcomes with minimal morbidity and mortality.

The place of the pineal gland in occult anatomy was one of Mme. Blavatsky’s favorite subjects, for it suggested the remnant of what had been the “third eye” of primeval humanity. And her ideas are duly noted: For Madame Blavatsky, humans received this divine inspiration not through a figurative third eye but literally through the pineal gland itself. It was an “organ of spiritual vision.”


The newly reissued volumes of William Q. Judge’s writings, Echoes of the Orient, compiled by Dara Eklund, has been put online by the publisher, Theosophical University Press. Two volumes cover Judge’s magazine output, mainly from his journal The Path and other theosophical journals. Volume three is taken from various tracts and pamphlets bearing his name, newspaper articles, and his Suggestions and Aids to the American members of the Esoteric School of Theosophy, which for some reason does not include one of his most famous pieces issued to his Esoteric School, his November 1894 notice By Master’s Direction, deposing Annie Besant as co-head of the school. The volumes, which come to some 500 pages each, can be accessed as an E-book here.

Posted by Hari Hamsa at 4:26 PM No comments:

Posted by Hari Hamsa at 5:56 PM No comments: