The Visionary Travels of Madame Blavatsky

The Dawning of the Theosophical Movement


When The Dawning of the Theosophical Movement was published in 1987 theosophical history was a neglected area of academic study and had received scant appraisal. The book helped usher in a renaissance of interest in the subject. Though it is still unsurpassed, there are now numerous academic publications relating to the matter. Commemorating the book’s quarter century of existence, the Theosophical Society in America will be hosting a live webcast with its author Michael Gomes on February 16 at 7 PM CST.

The Dawning of the Theosophical Movement brought together a mass of documents related to the founding of the movement, and has proved an enduring resource for the period. Its impact is still being felt and it continues to be cited: a recent example being Gananath Obeyesekere’s The Awakened Ones: Phenomenology of Visionary Experience just published by Columbia University Press, which contains a chapter on Blavatsky along which other visionaries (and which will be reviewed in a subsequent post).

Gomes will talk about “the function of esoteric history, the use of tradition and lineage, and additional discoveries he’s made about the subject since 1987.” As the blurb for the event notes: “He is one of today’s most respected writers on esoteric movements, as well known to readers of occult and esoteric literature as to students and scholars of modern religion.”

Posted by Hari Hamsa at 7:52 PM No comments: 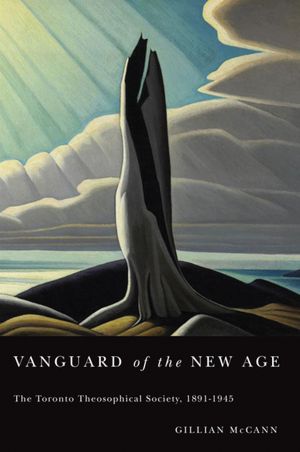 Posted by Hari Hamsa at 7:11 PM No comments:


* Interesting Articles, Links and Other Media, Mark Russell Bell’s blog, for February 5, 2012, culls a number of accounts from Olcott’s Old Diary Leaves to give a picture of Phenomena and Madame H. P. Blavatsky. “Olcott commented about HPB: ‘. . . she was from the first and continued to the end an insoluble riddle . . . On the hypothesis that she was a medium for the Great Teachers, only that and nothing more, then the riddle is easy to read . . . .’”

* “H.P.B. Was the Thread Linking the Ancient Eastern Wisdom to the Outer World,” so says N. C. Ramanujachary, a long-standing member of the Theosophical Society who lives in Chennai, India, in an article posted online.

She was, decidedly, the thread (Sutratma) of the Ancient Eastern Wisdom to the World and her work needs to be continued untarnished and undistorted. She was a facet of the attempts made by the Masters of the Wisdom, century after century, for the upheaval of Spirituality among humanity. The Wisdom made available to us, though a part of the whole, needs assimilation so that we become eligible to receive the further lessons.

Mr. Ramanujachary is the author of A Lonely Disciple, a monograph on the Indian chela T. Subba Row.

* Paul Johnson reprints an interview with him from a Greek theosophical publication. In response to the question: “Since the publication of your book The Masters Revealed have you find [sic] more evidences to sustain the hypotheses that Ranbir Singh, Maharaja of Kashmir was Master Morya and Sirdar Takar Singh Sandhanwalia- founder of the Singh Sabba (Punjabi ally of the T.S.) -was K.H.”, he now says:

It would be more correct to state that Ranbir Singh and Thakar Singh were respectively prototypes for M. and K.H. rather than that they were these individuals. They correspond in some details to the portrayals of these Mahatmas, and no other plausible candidates have emerged since my books were published. But the nature of the evidence is such that any conclusive identifications are probably impossible.

Posted by Hari Hamsa at 7:17 PM No comments:

Posted by Jaigurudeva at 7:05 PM No comments:

Posted by Jaigurudeva at 6:45 PM No comments:


The Volume 12, Number 1 (2012) issue of Aries, the “Journal for the Study of Western Esotericism,” publishes an article by Gregory Tillett on “Modern Western Magic and Theosophy.” Tillett argues that

The influence of the Theosophical Society on the development of modern Western esotericism can hardly be overestimated. Both directly and indirectly Theosophy functioned as a catalyst and resource for almost everything in the Western esotericism, which followed the publication of the teachings of Helena Petrovna Blavatsky (1831-1891) and the founding of the Theosophical Society in 1875. While the influence of theosophy on Western esotericism is well documented, it is seen less often as a precursor of western magic. Although Blavatsky who provided what might be regarded as the underlying esoteric philosophy, ritual magic yielded to Charles Webster Leadbeater's (1854-1934) more practical, and actually more popular and more palatable, explanations of how and why they might be effective. His assertion that ritual magic is not just symbolic or psychological but caused a real transformation of the participants and the outside world has influenced most modern ritual magic texts and groups, and there is clearly apparent. It is a Theosophical influence, but not one that Blavatsky, the Theosophical or organizations which are often called ‘Neo-Theosophy’, refuse to recognize, would.

Posted by Jaigurudeva at 4:35 PM No comments: