Books We Can't Put Down


Under this heading for its “must read” titles, Tarcher/Penguin in New York has listed Michael Gomes’ edition of The Secret Doctrine on their website with the words: 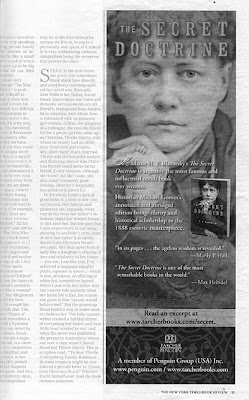