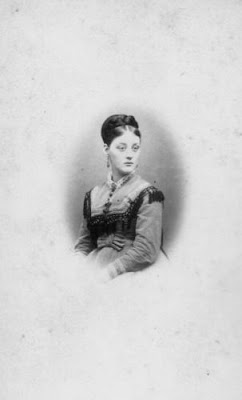 Rosa Campbell Praed left Australia for London in 1876. In the decade or so subsequent to her arrival in the metropolis she forged a successful career as a writer of occult-inspired novels that drew on both theosophical doctrine and a nineteenth-century tradition of popular fiction that included Edward Bulwer-Lytton and Joseph Sheridan Le Fanu. A string of novels published in the 1880s and the early 1890s, including Nadine: the Study of a Woman (1882), Affinities: A Romance of Today (1885), The Brother of the Shadow: A Mystery of Today (1886), and The Soul of Countess Adrian: A Romance (1891), produced a sort of popular aestheticism that melded an interest in fashionable society, a market-oriented Gothicism, and speculations on the philosophy of art that were indicative of Praed’s relationship to a fin-de-siècle Bohemia and its literary circles.