Volume 22, Issue 1, of The Australian Journal of Anthropology for April 2011 carries a paper by Anna Branford on “Gould and the fairies.” “This paper examines Stephen Jay Gould’s concept of science and religion as ‘non overlapping magisteria’ with reference to Spiritualism, specifically the case of the Cottingley fairies.…This paper offers discussion of the relationship between religion and science. In doing so, it problematises the common use of the terms ‘faith’ and ‘belief’ to characterise the experience of religious conviction.”

In 1873, a Russian traveller, Madame Helena Petrovna Blavatsky, arrived in New York and is said to have demonstrated considerable skills in clairvoyance, telekinesis and mediumship. There she met with Colonel Henry S. Olcott, editor for the New York Tribune and a keen Spiritualist. With his assistance, she founded a system of belief, thought and investigation called Theosophy, guided by the central tenet that ‘There is no religion higher than truth’. Blavatsky reworked concepts such as reincarnation, karma and meditation, which she presented with the authority of having been taught by masters during travels through Asia, particularly Tibet. She formulated an ‘integration of Eastern mysticism with traditions of Western Spirituality’ (Weisberg 2004: 263). Historian of religion, David S. Katz, identifies her as among the greatest of the ‘entrepreneurial professional occultists’ (2005: 169). Beginning with Blavatsky’s establishment of an independent ‘Theosophical Society’ in New York City in 1875, Theosophy flourished in the United States, India, Germany and Austria, with many branches also operating across the United Kingdom. It was at one such branch, the Bradford Theosophical Society, that Polly Wright, mother of one of the young fairy photographers, had first crossed paths with Edward L. Gardner, president of the Blavatsky Lodge in London. 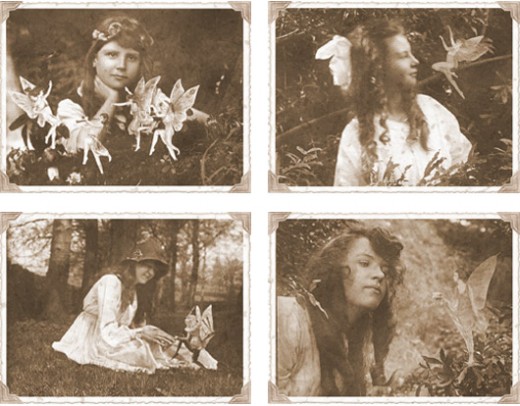 The paper, which is now available online, also gives some background of the Cottingley fairies and can be read here.

Posted by Jaigurudeva at 7:22 PM