* Gary Lachman spoke to a sold out event at Tredwell’s book store in Bloomsbury, London on Wednesday May 9. His subject was “Madame Blavatsky: Magician, Radical, Feminist,” which he amply expounded on, talking about the difficulties that face a biographer of her. Mr. Lachman, who has authored a number of spiritual biographies, including of Rudolf Steiner, C.G. Jung, and more recently, Emanuel Swedenborg, announced his newest addition, a biography of Blavatsky to be published in October by Tarcher in New York. It will be over 200 pages. The cover can be seen here. 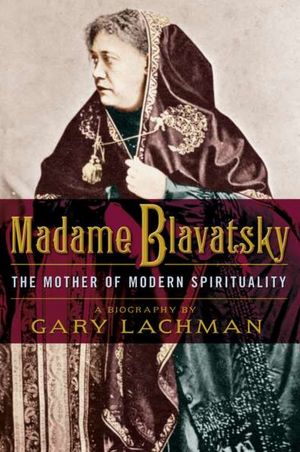 * Marking the centenary of Penn State professor and author Warren Sylvester Smith (1912-1984), a dramatic reading of his one-woman play, “Blavatsky,” will be performed at the State Theatre on campus in University Park, Pennsylvania, at 7:30 p.m. on Wednesday, May 16. Admission is free, but donations are encouraged. “In the play, the life of Helena Petrovna Blavatsky, a 19th-century spiritualist and founder of the Theosophist movement, is shown in six conversations set at various points in her controversial career.…Well-read, well-traveled and a prolific writer, Blavatsky is portrayed as both charismatic and crude, a true believer in the spiritual entities she called ‘the Masters,’ but not above using conjurers’ tricks to convince her followers and skeptics.”

Warren Sylvester Smith, who taught in Penn State’s Department of Theatre Arts, is remembered in connection with our subject for his 1968 book, The London Heretics, 1870-1914, which looks at the reactions to the growing climate of Victorian doubt through a number of Christian, nonconformist, and non-Christian groups that arose. He gives an extended, if somewhat skeptical, survey of Blavatsky’s life with special emphasis on Annie Besant’s joining the movement, which, he says, “tends to make the power of Helena Petrovna seem more potent than ever.”