*  Forbes, the business magazine, reports that “The big story here is how Apple is using color to telegraph a diversity of use cases.” The colours for the anticipated iPhone models have been leaked, and the writer sees a connection with “the color theory of early 20th century abstractionists (Kandinsky, et al.),” giving examples. He adds:

Let’s hope Madame Blavatsky is not the next member to join Apple’s board!


*  Disqualified Knowledge: Theosophy and the Revolt of the Fin de Siècle is the title of a 2013 Bachelor of Arts thesis in the Department of History by McNeil Christian Taylor of Wesleyan University, Connecticut, USA. Being a BA thesis the rigors appear not to be as exacting. While heavy on theory it errs on historical accuracy. The writer believes:

In this decentering of modernity, Blavatsky authoritatively posited a center that was feminine, irrational, non western, in short, everything lacking authority. Ultimately, it is of little importance whether Theosophy was a “true resurgence” of some ancient obscure knowledge; what is important is how Theosophists took these disqualified ideas—antiquity, obscurity—and for a brief time, made them an enticing means of knowledge in a society obsessed with progress and appearance; how they took what was previously the province of romantic poets in Europe and solitary ascetics in India and brought them together, producing an international movement of not just “occultists” but of artists, scientists, feminists, politicians. It was this movement and discourse, this communal seeking and appropriating of disparate knowledges for the reconstituting of the self, which refuses to be disqualified. 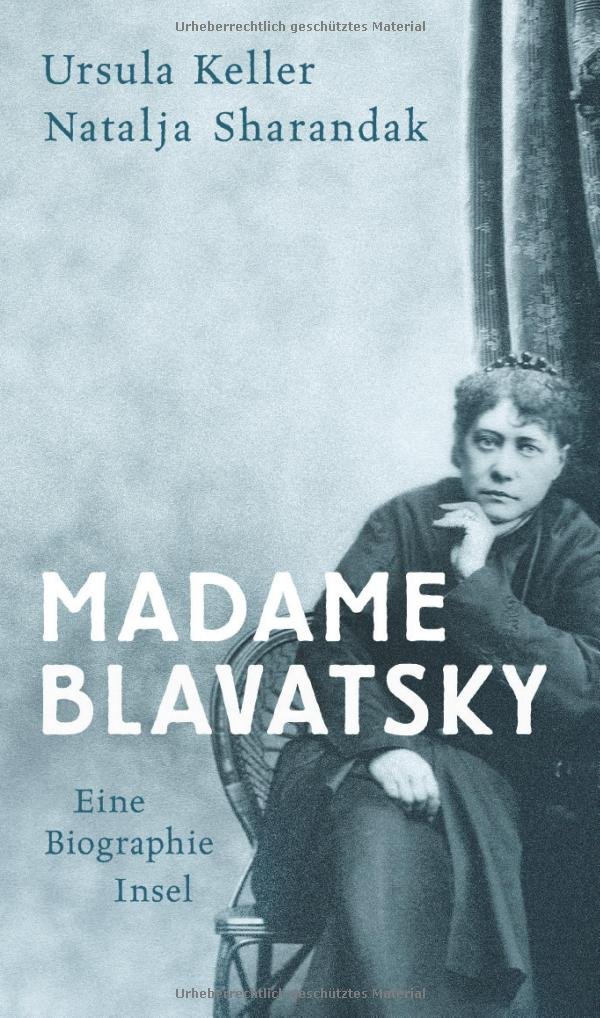 *  Publisher Insel Verlag has released a new biography of H.P. Blavatsky in German. Authors Ursula Keller and Natalya Sharandak claim to offer "a portrait of the woman who was previously hidden behind the myth," because, according to the publisher's notice: "The life of 'Madame Blavatsky' is shrouded in numerous legends. To date, the founder of Theosophy is celebrated by her admirers, however, vilified by opponents as a charlatan and impostor." It covers 357 pages and sells for 24.95 EUR.
Posted by Jaigurudeva at 8:03 PM