Tales of a Tibetan Cosmopolitan Traveler


The University of Chicago Press has released an English translation of Gendun Chopel’s Grains of Gold: Tales of a Cosmopolitan Traveler. Gendun Chopel, who was born in Tibet in 1903, was recognized as an incarnate lama as a boy. He traveled in India and translated a number of Sanskrit texts, including the Bhagavad-gita into Tibetan. His Grains of Gold sought to inform Tibetans of the state of India as he found it and as it had been. Of interest is his reference to Blavatsky in Chapter 17: 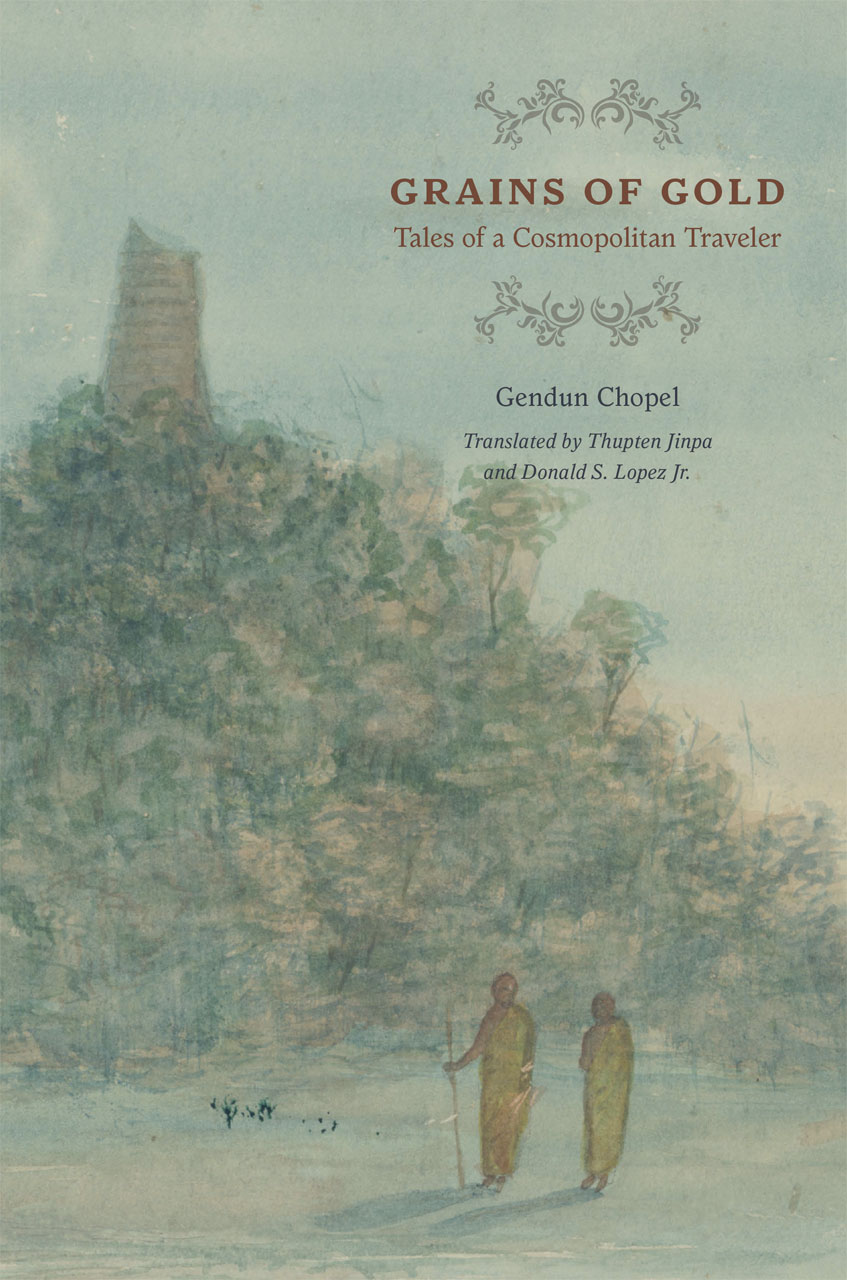 I think that she was some kind of incredible self-made yogini. In any case, she was someone who had attained magical powers. When she was a child, she was blessed in a dream by two Tibetan lamas named Mura [Morya] and Gutumé [Khoot Hoomi]. Then she began experiencing a kind of vision, until in the end she actually met them, like one person talking to another. They instructed her in everything, matters both subtle and coarse. When I carefully read her extensive stories about them, sometimes it reminds me of Guhyapati (Varjapāni) that appeared to Lekyi Dorjé.…As to making an unequivocal judgment about this, I have no idea.

The story of how the manuscript survived his death in 1951 as well as incidents in Gendun Chopel’s life is told by the translators, Thupten Jinpa and Donald S. Lopez Jr, in their Introduction. The book contains a number of surviving watercolours that the author had planned for the text.