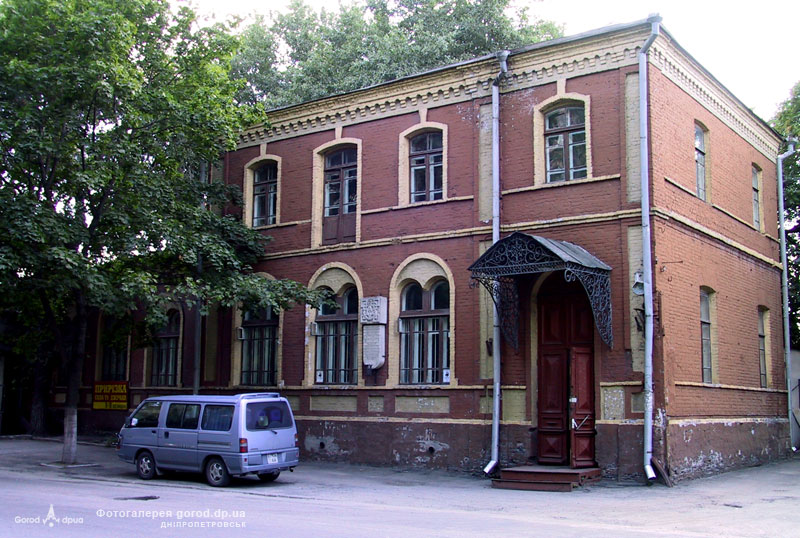 Blavatsky's birthplace in Dnipropetrovsk, Ukraine
*  Commemorating the 180th birth anniversary of Helena Petrovna Blavatsky and the 120th year of her passing, HPB’s birthplace, Dnipropetrovsk (then Yekaterinoslav, Russia), will be the site of a Forum that will “focus on the influence of HPB’s ideas on the development of science, transnational cultural cooperation and study of spiritual traditions of the East and West.” The event is organized by the H.P.Blavatsky and Her Family Museum Center (Dnipropetrovsk), Ankh CulturalFoundation (Kiev), the Sofia Theosophical Association, the Yavornitsky Historical Museum (Dnipropetrovsk), and the Committee for ethics and humanitarian expertising (Kiev).

Scheduled for June 23-26, 2011, in Dnipropetrovsk, Ukraine, the announcement and contact information are available here.

*  The European School of Theosophy will be having its annual meeting this year in St. Albans, England, just north of London. The syllabus includes John Gordon and Christian Bodhi, from England; Eric McGough, from Wales; John Algeo via Powerpoint and Pablo Sender, from the U.S.A., along with the directors of the School, Harold Tarn, Colin Price, and David Roef. Since the theme of this year’s session is on “Studies in the ‘Mahatma Letters’,” lectures will deal with “The Nature of the Monad,” “The Theosophical Society and the Masters of Wisdom,” “Mahatmas on the Limits of Knowledge,” “Life after Death with the Mahatmas,” and similar erudite matters. There will be two talks in the morning, two most afternoons, and an evening session at 8 PM. It is reassuring therefore to see that the last day will be devoted to a tour of Windsor, including Windsor Castle, and a walking tour of Oxford.

The School will be meet October 6-12, 2011. The brochure and registration information can be found here.

*  Dr. April Hejka-Ekins, professor at California State University Stanislaus, will be one of the featured speakers at the 76th Annual Convention of the Texas Federation of the Theosophical Society in America. Since one of Dr. Hejka-Ekins areas of specialty is ethics, it will be interesting to hear how she approaches her subject: “The Ethics of HP Blavatsky.” The other featured presenter will be Jerry Hejka-Ekins, her husband, one of the premier historians of the Theosophical movement in America. He will expound on “Key Ideas in H.P. Blavatsky’s The Secret Doctrine.”

The Convention will be held April 29 to May 1, in San Antonio, Texas. Program and registration can be accessed here.

Posted by Jaigurudeva at 4:43 PM