*  Forbes, the business magazine, reports that “The big story here is how Apple is using color to telegraph a diversity of use cases.” The colours for the anticipated iPhone models have been leaked, and the writer sees a connection with “the color theory of early 20th century abstractionists (Kandinsky, et al.),” giving examples. He adds:

Let’s hope Madame Blavatsky is not the next member to join Apple’s board!


*  Disqualified Knowledge: Theosophy and the Revolt of the Fin de Siècle is the title of a 2013 Bachelor of Arts thesis in the Department of History by McNeil Christian Taylor of Wesleyan University, Connecticut, USA. Being a BA thesis the rigors appear not to be as exacting. While heavy on theory it errs on historical accuracy. The writer believes:

In this decentering of modernity, Blavatsky authoritatively posited a center that was feminine, irrational, non western, in short, everything lacking authority. Ultimately, it is of little importance whether Theosophy was a “true resurgence” of some ancient obscure knowledge; what is important is how Theosophists took these disqualified ideas—antiquity, obscurity—and for a brief time, made them an enticing means of knowledge in a society obsessed with progress and appearance; how they took what was previously the province of romantic poets in Europe and solitary ascetics in India and brought them together, producing an international movement of not just “occultists” but of artists, scientists, feminists, politicians. It was this movement and discourse, this communal seeking and appropriating of disparate knowledges for the reconstituting of the self, which refuses to be disqualified.

*  Publisher Insel Verlag has released a new biography of H.P. Blavatsky in German. Authors Ursula Keller and Natalya Sharandak claim to offer "a portrait of the woman who was previously hidden behind the myth," because, according to the publisher's notice: "The life of 'Madame Blavatsky' is shrouded in numerous legends. To date, the founder of Theosophy is celebrated by her admirers, however, vilified by opponents as a charlatan and impostor." It covers 357 pages and sells for 24.95 EUR.
Posted by Jaigurudeva at 8:03 PM No comments:


Beatrice Hastings examination of the case for H.P. Blavatsky marks an important milestone in the objective study of Blavatsky’s life. Previous attempts were mainly the work of Theosophists who started out from a position of defending Blavatsky. Alvin Boyd Kuhn’s 1930 Theosophy: A Modern Revival of the Ancient Wisdom, based on his PhD Thesis at New York’s Columbia University, did not devote much space to the controversies in Blavatsky’s life focusing instead of her philosophical contribution. The publication of the two volumes of Hastings’ Defence of Madame Blavatsky in 1937 showed that the historical evidence could serve to give a more accurate understanding to a story that had been left to partisans.

The website, Theosophy Canada, has now put up most of Mrs. Hastings Defence work, including the journal she started, New Universe, to promote interest in her project. Unfortunately, further intended volumes did not appear and she later abandoned the project due to a stream of criticism from Theosophists who questioned her motivation. Responding, she wrote in 1939:

“The situation resolves itself into something like this: 1. None of you apparently can comprehend or believe that a person can do anything for nothing: that is, nothing of the vulgar sort, a reward in money or notoriety, or both. 2. You were all at first unwarily enchanted to find someone capable of lifting the stigma from you as followers of Theosophy. 3. You became subconsciously or even consciously annoyed at its being done by an outsider. 4. Nos. 1 and 3 linked. And No. 1 grew and dominated and gave you vulgar ground for attacks on me, but yet, you wanted me to go on and finish. This, fortified by your own superficial interpretation of reincarnation and karma in which I have stated I do not concur; for, seeing that I have not even that as a hope or a fear — what can be my motives in undertaking this defence of Madame Blavatsky? Nothing is left for you to think but that I must be aiming at money and notoriety or both.

To the latter, reply is needless for me. I have almost always written anonymously and I have nothing to gain but something to risk by being identified, however erroneously, with the T.S. So — 5: You get together and decide to ‘put me on the stand.’ I am not going to retail what I have done. The public part of it is there for everyone to see. The private part you may reflect on if you choose by rereading my letters to you all — right from the beginning with my reply to Barker’s letter to me about the Hare book, which started me along the path where I have had shock after shock at the extraordinary, incredible selfishness, greed and cruelty of Theosophists.”

An overview of Beatrice Hastings contribution to the field of Theosophical history is given by Michael Gomes in his 1987 introduction to her posthumously published volume Solovyoff's Fraud. The Wikipedia entry on her makes no mention of her foray into this area. Beatrice Hastings remarkable life before her involvement with Theosophists can be read in our previous post about her here.

Posted by Jaigurudeva at 6:22 PM No comments: 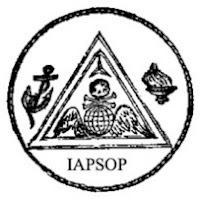 The Standard Spiritualist and Occult Corpus (SSOC) is an open source text project, focused on book-length texts, in English, covering Spiritualism, the occult, New Thought and allied parasciences (mesmerism, magnetism, phrenology, alchemy, chiromancy and so forth) published between 1790 and 1940. Currently the SSOC consists of more than 2,200 book-length texts (more than 1 million pages) by over 300 authors, and includes many of the texts considered "classics" in Spiritualism and the occult. Every text in the SSOC is supplied, free of charge, in indexed PDF form, allowing it to be electronically stored, searched, printed and converted (to image, HTML or text). The outer, later bound of the corpus is limited by copyright law.

The intent behind this project is to provide, at low cost, a more or less complete document database of important primary book-length materials -- again, in English, at present -- to all academic and non-academic researchers, aficionados, and readers interested in Spiritualism, the occult and allied parasciences.

Texts are given by date of publication. When seen in the context of the vast body spiritualist literature that was being published at the time, Theosophy was hardly the dominant stream of ideas about the here and hereafter. SSOC is curated by the International Association for the Preservation of Spiritualist and Occult Periodicals, which is another important repository developed by Marc Demarest. Enter the SSOC portal here.

Posted by Hari Hamsa at 8:26 PM No comments:

Chulie de Silva supplies this picture of the preaching hall where Olcott addressed 4000 people during the May 1880 visit of the Theosophists to Pandure, Sri Lanka. Their host was Andris Perera who had financed the building of the Chaitya of the Welipitiya Temple there. In Old Diary Leaves (2:174-75) Olcott gives a colourful description of this gentleman and mentions that at one of his talks that day Blavatsky also spoke. Chulie de Silva writes of the impact of this meeting on her family:

Olcott and Blavatsky occupy a special affectionate niche in the family not only for the contributions they made to the renascent Buddhist movement but also for the vivid description of the meeting with Andris Perera.

The rest of her piece, “The Mudaliyar Great-great grandfather meets Olcott,” with a striking picture of Andris Perera, can be seen here.