How to pronounce Helena Petrovna Blavatsky


Now you can learn how to do just that. The website PronounceNames.com has just added the pronunciation of Blavatsky’s name to the over 73,000 that they make available on YouTube. The speaker is Russian and one gets a heavily accented version. It would be interesting to hear other pronunciations of her name from other regions.

The name of Christian Waller may not be a well-known one outside Australia, but, with her husband, Napier Waller, the couple made an impressive contribution to Australian art history. P.Gaye Tapp provides a character study in her recent piece on Waller (1894–1954), who is remembered for her book designs and stained glass. At one point in her life “She turned deeper into Theosophy, shutting herself off from the world at large. Her doctrine held to its turn-of-the-century spiritual leader Helena Blavatsky. While critics have proven Blavatsky was part a charlatan and her supposed experiences with the paranormal faked—in the world Christian Waller inhabited they were real.”

“Christian’s book The great breath; A Book of Seven Designs (1932), is testament to her beliefs.” A copy can be seen here.


The Center for Russian, East European and Eurasian Studies at the University of Texas at Austin will be hosting a talk by Dr. Marina Potoplyak on “The Mysterious Madame Blavatsky in Russia.”  According to the flyer for the talk: “Variously hailed as one of the greatest philosophers and spiritual leaders, a cunning impostor, a spiritualist with phenomenal psychic powers, and even a Russian spy, Helena Petrovna Blavatsky was and still is a highly controversial and fascinating figure. Born in the Russian Empire in 1831, she studied in India and Tibet and traveled extensively around the world, establishing the Theosophical Society and proclaiming to have unveiled the most sacred mysteries of the Universe.”

This talk discusses Madame Blavatsky’s teachings and activities in Russia, including her table-tipping séances and a travelogue “From the Caves and Jungles of Hindustan,” which, unlike her other works, was written specifically for her Russian audience.  We will look at a variety of responses to her persona and ideas ranging from Vsevolod Solovyev’s exposé “The Modern Isida” (1892) to Leo Tolstoy’s favorable reception, and her wide-ranging influence on Russian fin-de-siècle culture.

It will be held Wednesday, April 16th, at 12 PM in Burdine Hall, Room 231, as part of the Religion and Spirituality Brown Bag Series.

Posted by Jaigurudeva at 9:08 PM No comments: 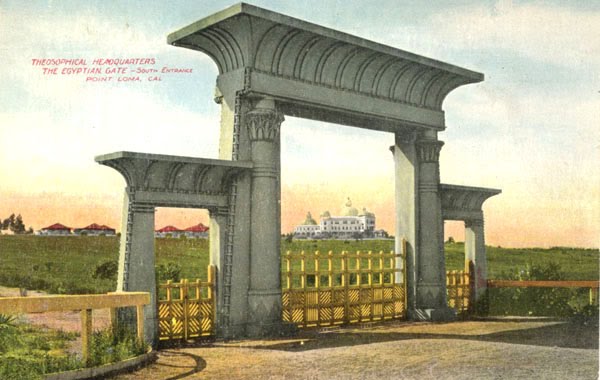