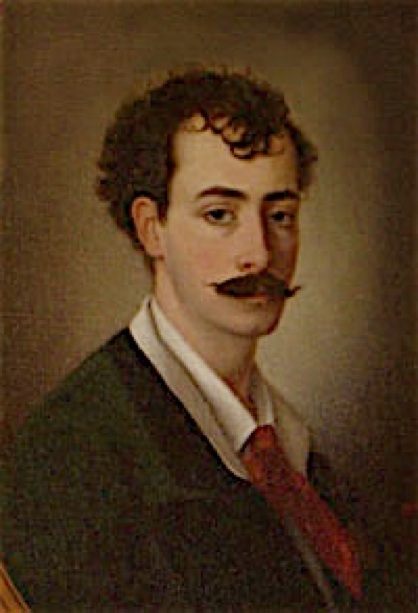 A May 29 post at Elisa-My reviews and Ramblings mentions the brief interaction between Blavatsky and the medium Jesse Shepard (1848 –1927):

Shepard returned to the US in 1871, meeting with spiritualist Madame Blavatsky, the founder of Theosophy. Blavatsky became uncomfortable with Shepard after she learned about his performances at Salle Koch, a St. Petersburg dance hall frequented by “dissipated characters of both sexes.” Taking up residence in Chicago, Shepard gave "mysterious and completely unique" performances in candlelit rooms, "accompanied" by the spirits of past composers and pianists.


Far more colourful was Shepard’s later career as a composer, pianist, and novelist under the pen name of Francis Grierson. According to one writer: “From mystic and philosopher to poet and pauper, Francis Grierson lived a life so full that it took two names and two personalities to encompass them. The Villa Montezuma [that Shepard built in San Diego] remains a wonderful historic home with a dark past.” Shepard’s life with Lawrence W. Tonner, his later years, and dramatic death are given Elisa’s piece.

Blavatsky referred to him twice in her writings, taking him to task for his imaginative restorations of Russian history while he was in that country. She described him in 1881 as “a really genuine, though rather erratic, medium, a ‘trance pianist’ and singer of America, through whose marvellous windpipe, the late Mesdames Catalini, Malibran, Grisi, and the Signori Lablache, Ronconi and Co., with a host of other deceased operatic celebrities, give daily their posthumous performances.”