Art as a Gateway to Early Western Buddhist History


The blog, Dangerous Harvests, which focuses on writings about Zen Buddhism, yoga, social justice and politics, the arts, and life in general, notes “while we continue to struggle with defining what it is that we mean by Buddhism in the West, perhaps it would be valuable to go further back in time, and consider more thoroughly how the planks we stand on today were laid. And if nothing else, there is plenty of beautiful artwork and interesting life stories just waiting to be re-discovered.” Using the work of Hilma af Klint (1862-1944) as an example, he writes:

Swedish artist Hilma af Klint was, like many others of the period, influenced primarily by the teachings of Theosophy. In a lot of ways, theosophy paved the way for the New Age movement, especially with its emphasis on blending spiritual and religious teachings and focus on the evolution of consciousness. It's an interesting, if odd mixture of things, and certainly one can argue that Blavatsky and others cherry picked and culturally appropriated a myriad of traditions to suit their needs. However, it also can be viewed as the spirited, if overreaching reaction of spiritual people to a world that suddenly was becoming globally connected right before their eyes. We are in a similar period now, with the internet and other technology, making the gap between nations even smaller - and in the process, shaking up the entire way we - as humans - understand and interact. 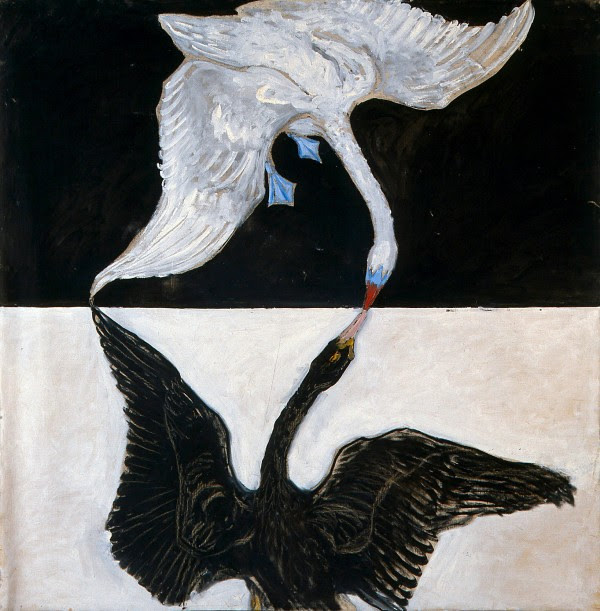