A Mexican President may not seem a likely reader of Blavatsky but journalist C.M. Mayo has shown this was the case with Mexico’s 33rd President Francisco Ignacio Madero (1873‒1913):

Francisco Ignacio Madero was the leader of Mexico’s 1910 Revolution and the democratically elected President of Mexico from 1911 until 1913, when, in a violent coup, his government was overthrown and he was murdered. Today Madero is best remembered as the “Apostle of Democracy,” the visionary leader who overthrew Porfirio Díaz, the dictator who had ruled Mexico, both directly and indirectly, for more than three decades.

Less known is that Madero was also one of Mexico’s leading Spiritists and a medium. Not only did he maintain an extensive correspondence with Spiritists in France and Mexico, but he was a organizer of Latin America’s first and second Spiritist Congresses held in Mexico in 1906 and 1908, respectively, and it was after the latter that he took upon himself the task of writing and publishing the ardently evangelical Spiritist Manual, albeit under the pen name, “Bhima.”

In her new book, Metaphysical Odyssey Into the Mexican Revolution: Francisco I. Madero and His Secret Book, Spiritist Manual, Mayo gives a rare glimpse into the esoteric world that flourished in Spain and in Mexico in the early part of the 20th century.

In the late 19th century, though elite Mexicans more often traveled to, studied in and had business dealings in the Unted States, they tended to feel more comfortable with French language and culture. Unsurprisingly then, it was Kardecian Spiritism, rather than American Spiritualism, that first made inroads in Mexico. This was in 1872, thanks to Refugio González's translations of Kardec’s books, among other Spiritist works.

During this same period, the Russian mystic and co-founder of Theosophy, Helena Petrovna Blavatksy (1831-1891) published her seminal works, Isis Unveiled (1878) and the Secret Doctrine (1888), which were almost immediately translated into French and which infused Western esoteric thinking, including that of some of the Spiritists, with new strains of Eastern and neopagan thought.

Mayo’s findings after months spent going through Madero’s library in Mexico City offer an indication of the diffusion of these ideas outside the Anglo-European grid. The latter part of the book contains her English translation of Madero’s 1911 Manual Espírita, his attempt to fuse spiritist and theosophical ideas published under the name Bhima. More information about the book and an interview with the author commenting on the mixing of European esotericism and Mexican beliefs can be found here. 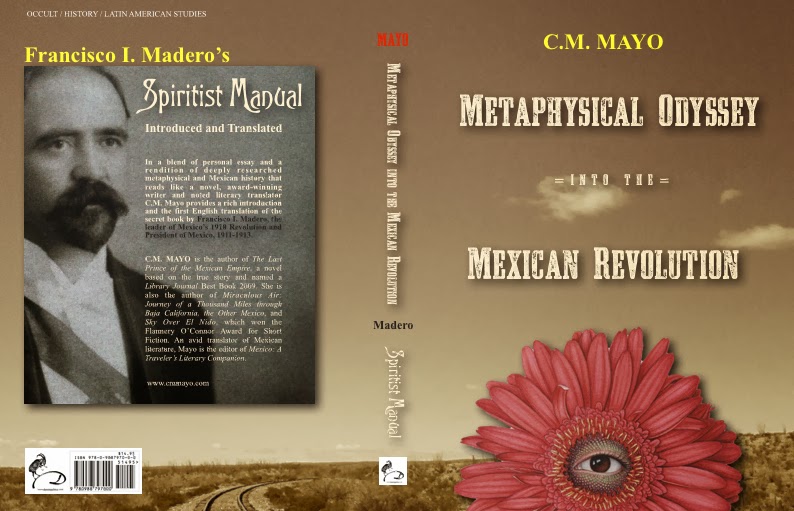