Centenary of the Rite


The Hilma af Klint exhibition at Moderna Museet in Stockholm serves as another reminder of Mme. Blavatsky’s subtle influence throughout Europe at the beginning of the twentieth century. While Hilma af Klint was studying Blavatsky’s writings in Sweden, Kandinsky was writing in Concerning the Spiritual in Art about her contribution to an awakening sensibility. This week provides another marker on the intersection between Blavatsky and the arts. 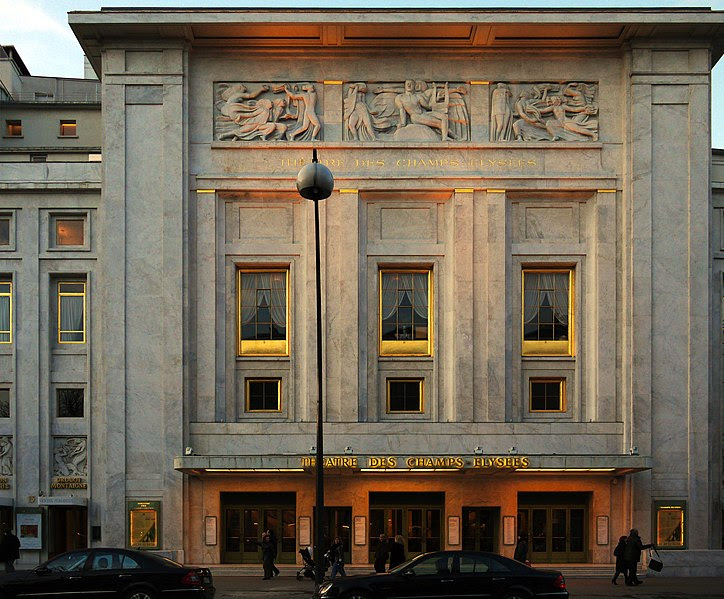 May 29, 2013, will be the centenary of Le Sacre du printemps; performed as a ballet at the Théâtre des Champs-Élysées in Paris, the music was by Stravinsky, the stage design by Nicholas Roerich, the choreography by Vaslav Nijinski.

The work’s Russian title, Vesna svyashchennaya, is translated literally as “The Coronation of Spring,” and that sense is conveyed in the familiar French title Le Sacre du printemps. In English, however, there is greater impact in the single syllable Rite, which connotes no gay or festive ceremony, but evokes the stark, chilling scenario of the work, which Stravinsky labeled further with the subtitle “Pictures of Pagan Russia” and whose title is rendered in German as Das Frühlingsopfer, “The Spring Sacrifice.”

Christopher Cook talked to Sarah Woodcock, curator at the Theatre Museum at the Victoria & Albert Museum in London, about a neglected aspect of the performance, Roerich’s uninhibited use of colour:

Roerich’s particular speciality was the study of ancient Russia and the primitive tribes and peoples. Not much was known about them, so you have to work very imaginatively through the few facts that are left. He only really did Prince Igor and Rite of Spring for Diaghilev because they’re the two ethnic tribal ballets.

The previous generation had been a depiction of the world, realism. Now, what you're looking at is a sort of emotional response to things. And simplification, that's the other thing.

The assault on the senses seemed to be too much and the event reached riot proportions at times with screams and catcalls drowning out the orchestra. Carl Van Vechten, dance reviewer for the New York Times, gives the audience reaction from the viewpoint of one who was there and found, unbeknownst to him, sitting in the row in front of him Gertrude Stein and Alice B. Tolkas: “The young man seated behind me in the box stood up during the course of the ballet to enable himself to see more clearly. The intense excitement under which he was laboring betrayed itself presently when he began to beat rhythmically on the top of my head with his fists. My emotion was so great that I did not feel the blows for some time.”

Among those in the audience was twenty-year old Dane Rudhyar, who would soon move to New York and then to California, eventually writing over 40 books and hundreds of articles on aspects of occultism, astrology, and Theosophy, as well as musical compositions of his own.

Roerich credited Blavatsky as foreshadowing a new age, and though he was known for his numerous paintings of his travels in Tibet, he also produced with his wife a number of philosophical texts inspired by her writings. Another event in 1913, the founding of the Anthroposophical Society by Rudolf Steiner, would soon provide another theoretical basis for those involved in the arts.

The Théâtre des Champs-Élysées, which is still in existence in Paris, will be staging Vaslav Nijinski’s original 1913 choreography of Le Sacre du printemps on May 29.